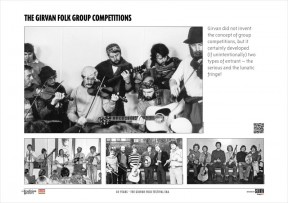 Girvan did not invent the concept of group competitions, but it certainly developed (if unintentionally) two types of entrant – the serious and the lunatic fringe! 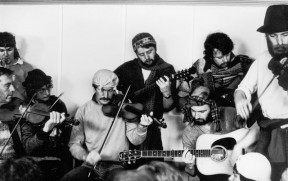 The essence of the Girvan group competitions evolved naturally. Very few established groups took part. Those that did participate tended to be ad hoc collectives who had not necessarily played together before, very often huddling in a back room somewhere working out a common repertoire. And out of this were formed several combinations of players who, discovering affinity, did later play together. Those were the serious entrants.
On the other hand, there were dedicatedly anarchic entrants who formed up to parody, to let off steam, or just to see how many people they could get on stage at one time! 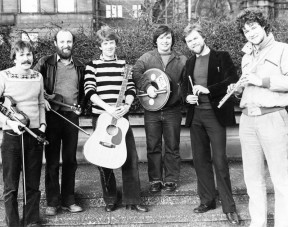