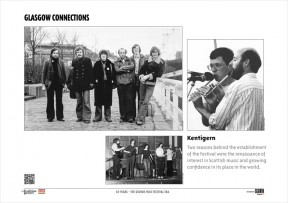 Two reasons behind the establishment of the Festival were the renaissance of interest in Scottish music and growing confidence in its place in the world.
Both of these ideals were integral to the music and song of Kentigern, who took their name from that of Glasgow’s patron saint. This was a band who realised the increased range of variation which could be achieved by having more members, at a time when larger groups were relatively uncommon. This put them at the forefront of a musical development which increasingly saw individual band members being given opportunities to lead sets or take solo numbers, thus helping to inspire many others.

They were another group whose members would always be found in sessions, sharing and expanding their repertoires. 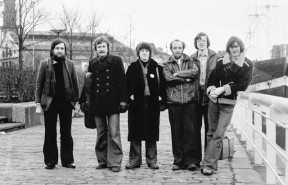